Can You "Censor" Rude? 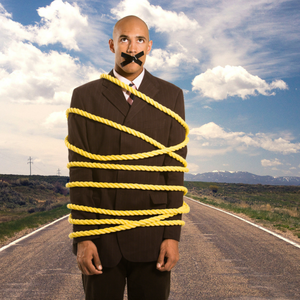 I went to dinner with my parents and children in the city on Monday.  As we were walking toward the restaurant I could hear a rowdy group of people sitting in front of the restaurant.  They were LOUD and cussing like truck drivers.  Which, let's be honest, I've been known to do myself.  My friend Brooke will testify to it.  I have a potty mouth.  But when I had kids, I had the decency to clean my act up and not speak with such colorful language around them.

But on the daily, nope.  We keep it clean.  As we neared the group of boisterous, margarita sipping fools I made a mental note "sit inside."  I ordered for myself and the children, which took a decade.  My parents ordered and were outside setting up a table before I could suggest we just wait for a table inside.  I get it, no one likes waiting, but for my own sanity in that situation, I would have waited.

Outside our table set up doesn't meet managers regulation and we are asked to move next to the table of cussing hoodlums or go inside.  I said to the manager, "well, I wish I could sit outside, but those kids are using a level of profanity known only to truck drivers or Snoop Dogg."  She giggled, apologized and said she'd set us up somehow inside.

My darling mother, in the meantime, decided to approach the obscenity loving table of idiots.  She politely asked them to tone down their profanity.  At the table sat six men and a single woman.  The men all quickly apologized, "of course...we're sorry...we'll clean it up."  The woman, on the other hand, would not have it.  She loudly exerted her opinion, "I WILL NOT!  I will not censure myself because of YOUR CHILDREN!"  To which I laughed heartily because, really?  I said, "Oh hunny... I hope one day you have your own children then."  And she said, "I won't."  And I replied, "Of course not."  She quickly replied with the classiest of rebuttals, "FUUUUCCCCKKKK YOU."

Now, as I mentioned, I have a mouth of my own and have often been un-censurable.  Usually, like this nit-wit, I've had one too many margaritas or some other tasty cold alcohol rich drink.  I also, while being a very patient and kind person, do have a temper.  Usually, lets be honest, I stuff my anger down real deep in prayer.

Truly though, I wanted to rip her head off.  She told ME to F OFF in front of my kids?!  I felt frozen.  I felt like if I rip this little girl a new one in front of my children and parents, that's not exactly setting the best example.  Instead, I sat down inside, and quietly raged while eating my dinner.  I dreamed of pouring a margarita over her incredibly ugly hair.  I dreamed of picking her up from the table by her ear and walking her up to my children and forcing her to apologize for her incredibly rude and terribly awful manners.  I dreamed of physically harming her while politely eating my burrito bowl.

But I also knew that assault is assault no matter how you slice it.

On my drive home from the city I wondered, what gives people the right to be such assholes?  Why on earth does asking a person to behave like a big girl and be polite in front of small children qualify as censorship?  Isn't it just RESPECTFUL?  Aren't we just talking about using our MANNERS?

When did respecting other people around you and using your manners become a challenge?  Honestly, I do not understand.

It will please you to know that really, in the end, I won.  That same night, I had a dream that my family was under attack by a werewolf.  It was a giant beast of a creature, which I can only assume was a subconscious way of representing the rude woman from dinner with the hideous hair.  In the dream, I protected the children but the beast kept coming at me.  Lunging with wild crazy eyes, intolerably bad breath, and a dreadfully frizzy coat of wild unkempt hair.  I called for my husband and he came running at the werewolf with a Ziploc 1 gallon freezer bag.  I held the beasts head down, with my knee in her neck as my husband suffocated her with the freezer bag.

I also won because I am not an asshole with the audacity to verbally (or really) assaulting other humans.