Last year we hid Easter eggs in our living room. My husband hid a few in plain sight at the top of a bookshelf and on a window ledge. When Easter morning came around we couldn't say "look higher" enough. She just didn't get the idea of looking higher. This year, she started to look up, not high, but up. It speaks to the concept of seeing the world through the eyes of a child. We are, as parents, reminded that children do not see the world from our perspective.


Last week I gave the chicken my camera. I needed to occupy her completely for as long as possible so that I could exercise in the family room. When I was done, I looked through the pictures and was again reminded of the fact that her perspective is small; she doesn't see the whole table, she sees the cup on it. 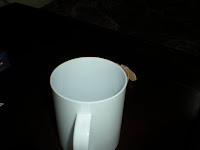 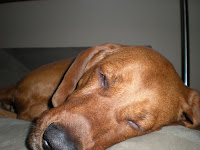 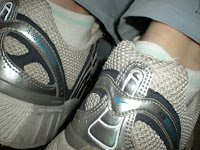 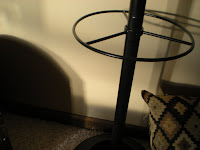 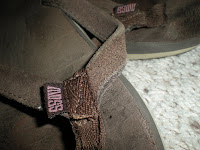 I need to remind myself of this altered perspective when parenting. She does not see the big picture, she does not need to. Her view will grow in time, and its my job to teach her about the whole picture. For now, though, we both need to relish the smaller world of us.
Posted by Mel at 2:36 PM No comments:

I became Mel in 1992 when one of my new high school friends couldn't remember if it was one L or two, he took the easy way out, and it just stuck. I'd tried Missy on for size as a grade school girl when my older sister came home with the coolest like-named friend. My given name, Melissa, is most usually my preference if only because its most often used. I like my name well enough. Though the first time my daughter called me "mama" its weight pushed my first name aside and opened my heart to something, a club I'd never been part of, and there was no turning back. Mom. Mama. Mommy. The club of women who breathe love of child. Who eat, drink, sleep mom-worry.

Last week when my daughter opted for "Melissa" I didn't think much of it. I assumed if I ignored the casual first name drop I'd sooner return to Mom. How wrong I was. We're in day seven of life on a first name basis and I want it, no need it, to end. Middle of the night, 3 a.m., the child wakes and says, "Melissa, I need go pee." Shopping at Kohl's she struts around, "Oh my! Melissa look at this beautiful dress." Like I'm her girlfriend or aunt or something less.

The fact is, while I become old being called Mom will not. In chatting with a grandmother about my current mom-ailment, she too agreed. Her daughter calls her by her first name and she dislikes it. It lacks the personal connection that mother-daughter relationships are wrought with.

I am certain it will end. I just really want it to be this very instant. I wish I could say that there was a reason she is using my actual name - as if I'd researched the developmental stage, but I'd much rather pout about it and get my Mommy back.
Posted by Mel at 5:08 PM No comments: